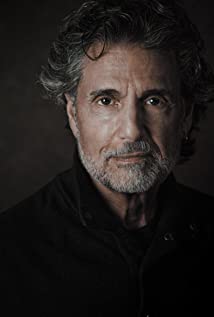 The handsome, weird, and worldly-looking Chris Sarandon has shown his versatility in everything from vampires to Jesus Christ in hypnotic performances that have been controversial but irresistible. He was born Christopher Sarandon, Jr. and raised in Beckley, West Virginia of Greek heritage on both sides (family surname originally Sarondonethes). His mother Cliffie (Cardullias) and father Christopher Sarandon, Sr. were restaurateurs.As a teen, Chris appeared locally on the musical stage and played drums and sang back-up with a local band called The Teen Tones. His band toured following high school and backed up such music legends as Bobby Darin, Gene Vincent and Danny and the Juniors. Chris later attended West Virginia University majoring in speech, but appearing in such musical productions as "The Music Man" as Harold Hill. He went on to attend the Catholic University of America in Washington, DC, where he received his master's degree in theater and met first wife Susan Sarandon. They married in 1967.Touring with improv companies and in regional theater productions, he made his professional debut in "The Rose Tattoo" in 1965 and later joined the Long Wharf Theatre Company for a season. The Sarandons moved to New York in 1968, wherein the dark and handsome charmer immediately nabbed the role of Dr. Tom Halverson on the daytime soap Guiding Light (1952), a part that would last two years. Throughout the 1970s he would be rewarded with rich theater acting roles. On Broadway he appeared in "The Rothchilds" and replaced Raul Julia in "Two Gentlemen from Verona" while appearing elsewhere in various Shakespeare and Shaw festivals both here and in Canada.Chris made a phenomenally successful film debut in a huge, career-risking part as bank robber's Al Pacino's tormented, gender-confused lover in Dog Day Afternoon (1975), earning the New York Film Critics award and Oscar and Golden Globe nominations for his supporting turn. He took other sordid roles as well, this time in co-leads, such as opposite Margaux Hemingway in the poorly received exploitative thriller Lipstick (1976) and as a demon in the shocker The Sentinel (1977). To avoid being typed as creepy characters, Chris furthered his range of roles in years to come, including the title role in The Day Christ Died (1980), a critically heralded TV-movie. He then received high marks also for his mesmerizing interpretation of two completely different characters with unique subtlety, intelligence, charisma and profoundness as both Sydney Carton and Charles Darnay in A Tale of Two Cities (1980) and co-starred with Goldie Hawn in the more mainstream Protocol (1984). By the end of the 1970's, he and Susan would divorce and he would remarry (model Lisa Ann Cooper).Moving into 80s work, Chris endeared himself to a younger generation of film goers with memorable performances in enjoyable roles such as the undeniably sexy, magnetic vampire-next-door in the teen horror classic Fright Night (1985), the cruel, evil-plotting prince in Rob Reiner's The Princess Bride (1987) and as the investigating cop in Child's Play (1988), the first in the "Chucky" series about a murdering doll. In recent years Chris has continued steadily on stage, film and TV but at a lesser pace and in less flashy, high-profiled roles.In 1991 he co-starred on Broadway in the short-lived musical "Nick and Nora" with Joanna Gleason, the daughter of Monty Hall (Let's Make a Deal (1963)). Again divorced, he and Gleason married in 1994 and reunited on stage in "Thorn & Bloom" in 1998. They have also appeared together in a number of films, including American Perfekt (1997), Edie & Pen (1996) and Let the Devil Wear Black (1999). He found frightful fun and a major cartoon niche as the voice of Jack Skellington in the original Disney movie The Nightmare Before Christmas (1993), reprising the role in sequels, video games and Halloween special events.Into the millennium, Chris' focus has been more on Broadway and off-Broadway theatre with flavorful roles in "The Light in the Piazza," "Cyrano de Bergerac," "Through a Glass Darkly and "The Exonerated." In the 2015 production of "Preludes," he played multiple roles that included Chekhov, Tchaikovsky and Tolstoy. He has also sporadically appeared in films with featured parts in Perfume (2001), Loggerheads (2005), My Sassy Girl (2008), a cameo as a vampire victim in a remake of Fright Night (2011), Safe (2012) and Frank the Bastard (2013), Big Stone Gap (2014) and I Smile Back (2015). He has also uplifted a number of popular TV shows with his presence: "ER," "Charmed," "Cold Case," "Judging Amy," "Law and Order," "The Good Wife," "Orange Is the New Black" and as the voice of Dracula in "Teenage Mutant Ninja Turtles."