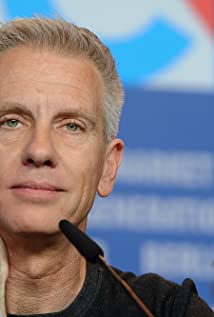 Born and raised in Colorado, Chris Sanders fell in love with animation at the age of ten after seeing Ward Kimball animated shorts on 'The Wonderful World of Disney'. He began drawing, and applied to CalArts after his grandmother told him about the animation program at the school. He majored in character animation, and graduated in 1984, moving on to work at Marvel Comics. He helped draw the characters for the show _Muppet Babies (1984)_. He then moved over to the Walt Disney Company in 1987, working in the visual development department. After doing some minor work on The Rescuers Down Under (1990), Sanders catapulted to the top of Disney animation through his work on Beauty and the Beast (1991) and The Lion King (1994). He helped write the 1998 Disney animated hit Mulan (1998), which moved him into the position to write, direct, and voice Lilo & Stitch (2002). Sanders moved to Dreamworks where he co-wrote, co-directed and did character design for How to Train Your Dragon (2010). Regardless of which studio he works for, he has become a recognizable force as an animator in both cel- and CGI-based features.

How to Train Your Dragon 2

How to Train Your Dragon

Lilo & Stitch 2: Stitch Has a Glitch

The Origin of Stitch