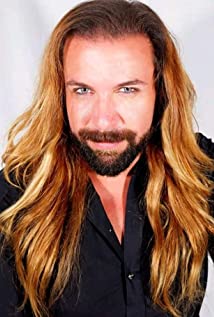 Born on April 7, 1984 in Baltimore, Maryland, Chris O'Brocki has been an active staple in the film community for the past decade and has had roles in both Film and Television. While most notable for various roles in the horror genre, he has also worked along side such talents as Bruce Willis, Channing Tatum, Julianne Moore, Ed Harris, and Woody Harrelson. Prior to his film work, Chris started off as a child actor in various school plays and while in high school, he was Vice President of Drama Club as well as a member of the International Thespian Society. Taking a short break for college, he returned to acting and landed his first role in Touchstone Pictures' Step Up. He soon landed minor roles in commercials as well as other major films like Live Free of Die Hard, Lionsgate's Fear of Clowns 2, and Step Up 2: The Streets before stepping into the Indie Film circuit with and every-growing list of both feature length and short films. Sometimes referred to as "the scream-King" by his friends, his main amount of work has been in the horror genre, with films such as Jebediah, Bounty, Deadlands 2: Trapped, Respire, Milfs vs. Zombies, Killer Campout, and Shriekshow.Chris is also known world-wide as professional merman and aquatic performer 'Merman Christian'.

Step Up 2: The Streets