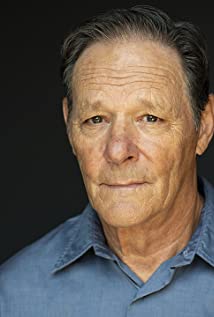 Chris Mulkey grew up in the Midwest. The second of five children, son of Chris and Peg Mulkey, he spent his childhood swimming in lakes and camping. Attending high school in St. Paul at Cretin Military Academy, Chis then went on to the University of Minnesota. After majoring in acting at the U of M, he left to spend 4 years as a company member of the Children's Theatre of Minneapolis. He then got involved in the Minnesota film scene and produced and starred in two movies in set in Minnesota, A Suitcase and Loose Ends- the latter one the Grand Prize at the USA film Festival.Chris moved to Hollywood 1975 and began working in television. He met and married actress/artist Karen Landry and moved to Venice Beach. The couple wrote and starred in Patti Rocks, an indie movie that won the Jury Prize at Sundance. Chris and Karen would go on to work often together on film and on stage in LA, NYC, and the Twin Cities.Chris has enjoyed a long and diverse career in film and television. Some of his favorite projects include Twin Peaks, Bakersfield PD, Any Day Now, Broken Trail, Captain Phillips, Boardwalk Empire, and The John Gotti story.Chris still lives in Venice and can be seen playing around Los Angeles with his band Chris Mulkey and Deluxe.

Rogue Warfare: Death of a Nation

The Standoff at Sparrow Creek