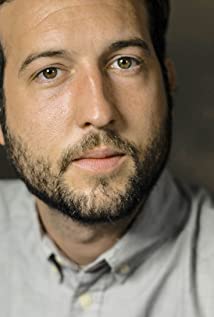 Christopher Marquette was born in Stuart, Florida, on October 3, 1984. He began modeling at the age of four in Dallas, Texas. He landed his screen acting debut at the age of eight, starring as the son of Mira Sorvino in Sweet Nothing (1995). He played a lead in The Tic Code (1998) with the legendary Gregory Hines and on Broadway as Tiny Tim. His other big screen credits include Just Friends (2005), The Girl Next Door (2004) and Freddy vs. Jason (2003).On the Emmy-nominated and People's Choice Award-winning Joan of Arcadia (2003), Christopher brought romance. He starred as Adam Rove, the love interest for Joan (Amber Tamblyn). The romantic connection between Adam and Joan was enchanting. Christopher breathed life into Adam Rove's character--Adam was an artist, down to earth, vulnerable, loyal and honest. The touching and thunderous silences between Adam and Joan created and stirred the kind of romance every girl and many grown women long for, tossing Marquette's hat into the teen heartthrob arena. His small-screen credits include recurring roles on Showtime's Huff (2004) and Lifetime's Strong Medicine (2000). He guest-starred on ER (1994), 7th Heaven (1996), Judging Amy (1999) and Touched by an Angel (1994).Christopher starred in American Gun (2005), released at 2005 Toronto Film Festival. He stars with Justin Timberlake, Sharon Stone, Bruce Willis and rejoins Emile Hirsch in the Nick Cassavetes-directed Alpha Dog (2006), premiering at the 2006 Sundance Film Festival. The story is inspired by the real-life story of Jesse James Hollywood, a drug dealer who became the youngest fugitive ever on the FBI's Most Wanted list. Christopher plays Keith Stratten, a member of Jesse's drug posse. He completed filming an independent film "Graduation and The Invisible" (Spyglass Entertainment). Christopher has been cast as the lead in Mindfire Entertainment's _Calvin Marshall (2007)_ in the lead role.Christopher is the oldest of the three Marquette brothers. They began their careers with a boost from their parents. Sean Marquette, the youngest, says his brother Christopher is his inspiration. Sean stars in 13 Going on 30 (2004) and has a recurring role in Still Standing (2002). The Marquettes enjoy helping each other for upcoming roles. The middle brother, Eric Marquette, starred on Desperate Housewives (2004), CSI: Crime Scene Investigation (2000) and Malcolm in the Middle (2000).Acting is self-exploration for Christopher. He works at bringing his audience an original piece of work every time he performs. What makes Christopher different from other actors is his keen observation of people. Edward Norton, Peter Sarsgaard, Philip Seymour Hoffman, Daniel Day-Lewis have all influenced him.Christopher believes he is blessed with all of the opportunities within the entertainment industry. He donates his time to the Sunshine Foundation, the Cancer Society, Special Olympics and Pediatrics AIDS. Christopher lives with his family in Los Angeles.

I Hate the Man in My Basement

Night of the Living Deb

10 Rules for Sleeping Around