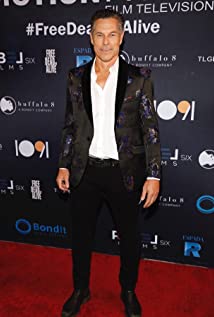 Born and raised on a goat farm in Reno, Nevada, Chris is a former world and national champion Jet Ski racer, who has been working as an actor for over 15 years. After graduating from Cal state Sacramento with a degree in Bachelor of Arts in Communications, Chris moved to Los Angeles to pursue acting and had absolutely zero short term success.But after a few years Gann was given a break when he was cast by director Rob Cohen in Sony studios blockbuster xXx with Vin Diesel and Samuel Jackson. He reunited with Diesel while working on Disney's $50 million comedy, The Pacifier. Since his breakout roles, Chris has over 25 guest stars on TV, has been in over 30 films, and over 50 national commercials. As a stunt man Chris earned a screen actors guild nomination for his work in "Transformers Dark Side of the Moon" (2011)His roles have given him the opportunity to work with such directors as Adam Shankman, Eriq La Salle, and Michael Bey.