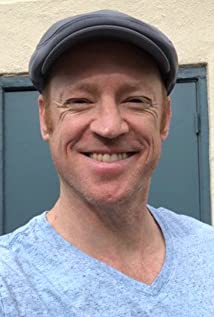 Edgerly was born in Silver Spring, Maryland and moved at the age of 2 with his mom and two brothers to Savannah, Georgia.He attended Benedictine Military High School and the University of Georgia later on, where he would entertain his friends with lots of impressions. After a season of rugby at the university, he tried his hand at stand-up comedy at the urging of his roommates. A 10-year career touring the country followed (where his ability to do voices came in handy), punctuated by the occasional TV appearance on Nickelodeon. He relocated to Orlando in his early 20s and then later, he relocated to Los Angeles. Edgerly has since settled into the world of voiceover, in which he provides voices for movies, TV shows, and video games, and he still does the occasional stand-up gig around town.Edgerly is currently the voice of Gobber the Belch in Dragons: Riders of Berk, taking over from Craig Ferguson.

The Tom and Jerry Show

The Untold History of the United States