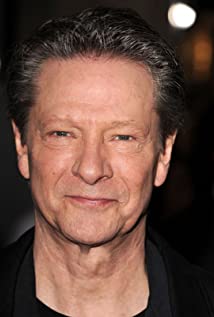 Christopher Walton Cooper was born in Kansas City, Missouri, to Mary Ann (Walton), a homemaker, and Charles Sherwood Cooper, a cattleman and internist who served as a doctor in the US Air Force. His parents were from Texas, where Cooper was raised.Educated at the University of Missouri school of drama, Cooper appeared on Broadway in "Of the Fields Lately (1980)", and off-Broadway in "The Ballad of Soapy Smith (1983)" and "A Different Moon (1983)". He debuted in films in the John Sayles movie Matewan (1987). Although his performance was well received, the picture was not successful. Other films he has appeared in include Guilty by Suspicion (1991), Money Train (1995) and A Time to Kill (1996). On television, Cooper has been featured in the mini-series Lonesome Dove (1989) and Return to Lonesome Dove (1993), as July Johnson. He has also appeared in a number of television movies. In 1996, he starred in his third John Sayles movie, Lone Star (1996), where he plays Sam Deeds, the sheriff whose lawman father becomes a posthumous suspect in a murder investigation.Cooper married actress/producer/scriptwriter Marianne Leone on July 8, 1983. They have one child, a son Jesse, who died on January 3, 2005 at the age of 17, of natural causes related to cerebral palsy. Jesse Cooper inspired his mother to author the script for the film "Conquistadora." It relates the true story of Mary Somoza, the mother of twins with cerebral palsy, who fought the educational system to provide the best education possible for her children.

Mea Maxima Culpa: Silence in the House of God

The Company You Keep