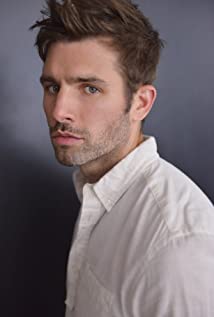 Chris Conroy grew up in Brackenridge, Pennsylvania - a small town just north of Pittsburgh. His Father, Kevin, works at a printing press and his mother Diane, is a painter and caretaker. His childhood revolved around education, religion, and sports. He distinguished himself as an athlete for the St. Joseph High School Spartans basketball team scoring over 1000 points and being shortlisted for Player-of-the-Year in Allegheny County. Though successful on the court, he secretly had dreams of becoming an artist. Chris made documentaries, short films, and started a rock band in his local church. He also appeared in one play during High School Arsenic and Old Lace where his love for performing started.After High School he decided to forgo a basketball scholarship to pursue a degree in Filmmaking concentrating in Cinematography. He attended Point Park University studying with accomplished Director of Photography John Rice. After graduating magna cum laude, he started working in camera departments in Pittsburgh. During his time behind the camera, Chris developed an obsession with the challenge of being in front of it. He began auditioning for roles and booked a minor part in the film Sorority Row. Shortly after, he decided to move to New York City to pursue acting more seriously.Eventually he was introduced to David Vadim, Coach & Professional Actor, and started studying under him which lead to his first role is Larry Fessenden's Beneath. Costarring roles followed including Max Nichols' Two Night Stand and the critically acclaimed Those People by Joey Kuhns. He was a standout in Robert Mrazek's The Congressman (Treat Williams, Elizabeth Marvel) playing a Lobsterman who turned out to be a gifted painter. Having already booked leading roles in pilots that never made it to air, he got his television debut recurring on Blue Bloods as Brandon Mitchell, an entitled billionaires' son. Shortly after, he landed a recurring role on Emmy Award Winning Series Mr. Robot on USA, portraying Derek, Johanna's (Stephanie Corneliussen) scorned lover who ultimately seeks revenge.Critically acclaimed films were to follow. He costarred as Brant Gregory opposite Luke Evans and Rebecca Hall in Professor Marston and the Wonder Women as the fiancé of Olive (Bella Heathcoat). He also portrayed Trooper Jaymes, and Hollywood movie star in Patrick Wang's critically acclaimed A Bread Factory Pt I & II.Currently Chris can be seen recurring in 3 Primetime Shows - CBS' FBI playing Jason Bell, the late husband of Maggie Bell (Missy Peregrym), Fox's Almost Family as Sam, the surprise brother of Julia Bechley (Brittany Snow) as well as Adam Gray, an investigatory journalist, opposite Cara Bloom (Violett Beane) in God Friended Me on CBS.

Professor Marston and the Wonder Women

The Grief of Others