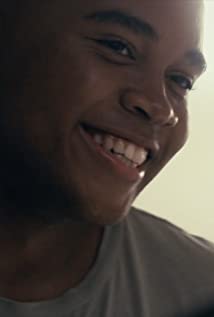 Chosen Jacobs is definitely a rising star! Although new to Hollywood, he has always been able to entertain a crowd.Chosen Jacobs is best known for his role as Mike Hanlon in the box office hit film, "IT Chapter One" and "IT Chapter Two". He has a recurring role on the hit CBS show "Hawaii Five-0," playing Will Grover, the son of Chi McBride's character. He can also be seen as Wendell Deaver on "Castle Rock", which can be seen on Hulu.Other credits include playing Young Michael in the feature film "Cops and Robbers" and TV Land's "American Woman".Chosen is an actor and a singer that was born in Springfield, MA and raised in Atlanta, GA. Chosen began his singing career with the Georgia Boys Choir, singing opera at the age of 6. He performed concerts locally, toured nationally, and internationally. At the age of 10, he began his acting career performing in Atlanta's local theaters. He performed in "The King and I", "Into the Woods", and "Hairspray". At the age of 13, he wanted to pursue his acting career even further, so he, his mother, and sister traveled to Los Angeles.Chosen is no stranger to getting on stage and putting on a show! Chosen loves to spend his time in the studio writing and producing music. He is looking forward to putting out more music in 2019 and performing. He also had the opportunity to have his song "Losers" that he wrote and produced placed on the "IT Chapter One" "Losers' Club Playlist" on Spotify. He recently released his single "Missing You", inspired by his experience on "It Chapter Two". The song is now available on all streaming platforms.Chosen has a special place in his heart for special needs children. He loves to give back to his community and the less fortunate by; feeding the homeless, donating his time, and partnering with organizations in Atlanta and Los Angeles that are close to his heart. He partnered with the Boys and Girls Club of Metro Atlanta and a portion of the proceeds from his song "Me n Mine" will go towards funding to support their new "Harland Arts Club" for the youth in that community.Fun Facts: One of Chosen's dream is to play Muhammad Ali and a Marvel character during his acting career. He is studying French and Mandarin. His favorite cartoon character is Naruto Uzumaki. He is a Sponge Bob and Marvel fanatic!