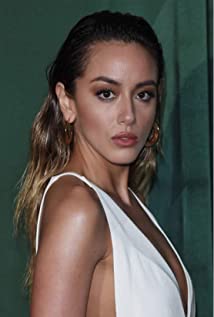 Chloe Bennet is an American actress and singer. She is best known for ABC's Agents of S.H.I.E.L.D. (2013).Bennet was born Chloe Wang in Chicago, Illinois. Her father is Han Chinese and her mother is Caucasian American.At 15, she moved to China to pursue a singing career under her birth name, Chloe Wang. While in China, Bennet lived with her paternal grandmother in Beijing, and studied Mandarin. She performed as a singer and then moved to Los Angeles, California. Her first on-screen appearance was as a host for the short-lived TeenNick summer dance series The Nightlife.While pursuing an acting career in Hollywood, she changed her professional name to "Chloe Bennet", after having trouble booking gigs with her last name. According to Bennet, using her father's first name rather than his last name avoids difficulties being cast as an ethnic Asian American while respecting her father.From 2012-2013, she played a recurring supporting role in the ABC drama series Nashville as Hailey. In December 2012, she was cast as a series regular on Agents of S.H.I.E.L.D.

Tinker Bell and the Legend of the NeverBeast