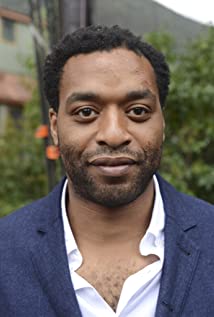 English actor, writer and director Chiwetel Ejiofor is renowned for his portrayal of Solomon Northup in 12 Years a Slave (2013), for which he received Academy Award and Golden Globe Award nominations, along with the BAFTA Award for Best Actor. He is also known for playing Okwe in Dirty Pretty Things (2002), the Operative in Serenity (2005), Lola in Kinky Boots (2005), Luke in Children of Men (2006), Dr. Adrian Helmsley in 2012 (2009) and Dr. Vincent Kapoor in The Martian (2015).Chiwetelu Umeadi Ejiofor was born on July 10, 1977 in Forest Gate, London, England, to Nigerian parents, Obiajulu (Okaford), a pharmacist, and Arinze Ejiofor, a doctor. Chiwetel attended Dulwich College in South-East London. By the age of 13, he was appearing in numerous school and National Youth Theatre productions and subsequently attended the London Academy of Music and Dramatic Arts (LAMDA).Ejiofor caught the attention of Steven Spielberg who cast him in the critically acclaimed Amistad (1997) alongside Morgan Freeman and Anthony Hopkins. He has since been seen on the big screen in numerous features including Stephen Frears' Dirty Pretty Things (2002) (for which he won Best Actor at the British Independent Film Awards, the Evening Standard Film Awards, and the San Diego Film Critics Society Awards), Love Actually (2003), Woody Allen's Melinda and Melinda (2004), Kinky Boots (2005), Inside Man (2006), Children of Men (2006), American Gangster (2007) and Talk to Me (2007), for which his performance won him an Independent Spirit Award for Best Supporting Actor.Ejiofor has balanced his film and television commitments with a number of prestigious stage productions. In 2008, his portrayal of the title role in Michael Grandage's "Othello" at the Donmar Warehouse alongside Ewan McGregor was unanimously commended and won him best actor at the 2008 Laurence Olivier Awards and Evening Standard Theatre Awards. He also received nominations in the South Bank Show Awards and the What's On Stage Theatregoers' Choice Awards in 2009. His other stage roles include Roger Michell's "Blue/Orange" in 2000 which received the Laurence Olivier Award for Best Play, and the same year Tim Supple's "Romeo and Juliet" in which Ejiofor portrayed the title role.Following his television debut in the series episode Screen Two: Deadly Voyage (1996), Ejiofor has complimented his film and theatre work on the small screen in productions including Murder in Mind (2001), created by the award-winning writer Anthony Horowitz, Trust (2003), Twelfth Night, or What You Will (2003), and Canterbury Tales (2003). His television appearance in the hard hitting emotional drama Tsunami: The Aftermath (2006) alongside Toni Collette, Sophie Okonedo and Tim Roth earned him a nomination for a Golden Globe Award as well as an NAACP Image award.Ejiofor also appeared in such notable films as Endgame (2009), Channel 4's moving drama set in South Africa for which his performance earned him a Golden Globe Award nomination for Best Performance by an Actor in a Miniseries; Roland Emmerich's action feature 2012 (2009), opposite John Cusack, Danny Glover and Thandiwe Newton; and Salt (2010), opposite Angelina Jolie and Liev Schreiber. In 2013, he starred in Half of a Yellow Sun (2013) and 12 Years a Slave (2013), receiving an Academy Award nomination for Best Actor for the latter film.

The Man Who Fell to Earth

Doctor Strange in the Multiverse of Madness

The Boy Who Harnessed the Wind