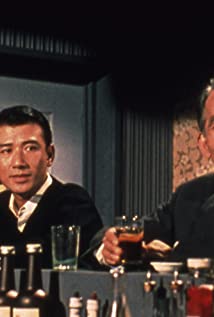 What an amazing career! Few can boast a longer one (64 years of activity). Few have been able to have to relate to three generations. And it is pretty sure that no one can compare with him in terms of faithfulness to a director: Chishu Ryu indeed appeared in no fewer than fifty-two out of fifty-four of his master Yasujirô Ozu. He played in 187 films or TV films and could be a very versatile actor: for instance in 1936, when he was thirty, he embodied a student in one film and an old man in another. However he was perfect in Ozu's films, most often, as a simple, unobtrusive man whose humanity is revealed through the hardships of everyday life. How could Japanese cinema have done without Chishu Ryu?

Until the End of the World