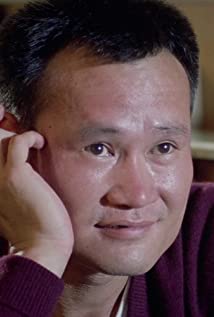 Ching-Ying Lam was born on December 27, 1952 in Shanghai, China, the third of six children. He attended Shun Yi Association Elementary School in Hong Kong for 2 years. He later attended the Chun Chau Drama Society to learn Peking Opera, where he portrayed female roles and did stunt-doubling for actresses. At age 17, he joined the film industry, working as a martial arts stunts man and coach for the Shaw Brothers and Golden Harvest studios. At age 19, he was a personal assistant for Bruce Lee, and later joined the stunt team of Sammo Kam-Bo Hung.Lam did stunt coordination and action choreography for numerous Chinese movies and appeared in scores of films playing fighters, henchmen and police officers. However, his shot to fame came when he appeared as "Master Gau" in Mr. Vampire (1985). From this film on, Lam was most famous for his various "Vampire Buster" roles in the dozens of ghost, fantasy, and horror movies from Hong Kong that followed, trying to rid the land of restless ghosts, evil demons, hopping vampires and bewitching elves. In these films, Lam often portrayed the "Master" of several apprentices, some of which have been played by actors Ricky Hui, Siu-Ho Chin, Biao Yuen and Hoi Mang. In addition to these movies, Lam originated the role of "Master Mo Siu Fong" in a TV-series produced by ATV Studios called "Vampire Expert" in the 1990s.Lam passed away in Hong Kong on November 8, 1997 at the age of 44.

Swordsman III: The East Is Red