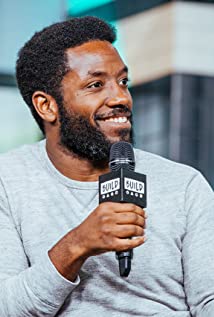 Chinaza is a Nigerian American Actor and Writer. His love for Acting began at a very young age, participating in school plays and doing his first professional play at the age of 10.In 2005 he moved to New York City to further his training as a Drama Major at the Tisch School of the Arts at New York University. While at NYU, he studied Acting and performed at the Experimental Theatre Wing ( where he also directed and wrote plays) and the Classical Studio ( where he spent a year working only on Shakespearean and Classical texts).Chinaza has performed Off-Broadway at Manhattan Theater Club, New York Theatre Workshop, Playwrights Realm, Classic Stage Company, Labyrinth Theater Company and The National Black Theatre. On screen, he has appeared in the films "Mother of George" (Sundance), "Minyan" (Upcoming), "Shookum Hills" (Upcoming) and stars in the feature film "Nigerian Prince," which premiered at the 2018 Tribeca Film Festival. Chinaza can also be seen as a character on the TV show "Dickinson" (Starring Hailee Steinfeld and Jane Krakowski), and the Anthology series "Little America" which will both be airing this Fall on Apple TV +. Instagram: @chinazauche. He currently resides and auditions in New York City. (2019)