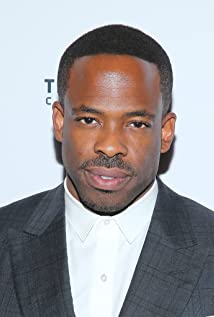 Chiké Okonkwo, most known for his role in "The Birth Of A Nation", is an award-winning international star on the rise.This fall, he stars in the upcoming NBC drama series "La Brea", a high-concept disaster series that begins when a massive sinkhole opens in the middle of Los Angeles, pulling in a disparate group of people who find themselves in a mysterious primeval land and have no choice but to band together to survive. The new show will have a highly coveted slot on the network in prime time.He was most recently seen leading the film "Death Saved My Life" opposite Meagan Good and on BET's hit show "Being Mary Jane" with Gabrielle Union. He also starred in the British Indie film "Genesis".Hailing from London, his dream of being an actor began when he was accepted to both the National Youth Theatre and the National Youth Music Theatre. He started his professional career working at the Royal National Theatre and the Royal Shakespeare Company, where he performed in a number of plays, most notably "Julius Caesar", which ended its award-winning run in New York in 2013.His activism focuses on community banking in his role as Ambassador for One United Bank, the largest Black-owned bank in the US. Okonkwo is an advocate for the eradication of child poverty with the Children's Defense Fund. He is also a proud member of the Master Artist Council of the Arthur Miller Foundation, alongside Daniel Day Lewis, Scarlett Johansson and others.