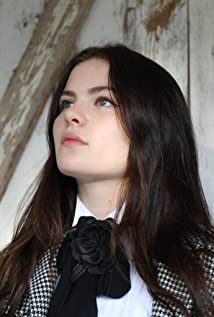 Chiara Aurelia is quickly emerging as one of young Hollywood's must watch stars.Aurelia was nominated for a 2022 Critics Choice Award as Best Actress in a Drama series for her leading role as 'Jeanette Turner' in the Freeform series Cruel Summer, making Aurelia the first actor in the history of the platform to receive this distinction. Her breakout performance also garnered Aurelia Best Actress nominations from both the Hollywood Critics Association (HCA) and the Women's Image Network Awards. The series, Executive Produced by Jessica Biel and Michelle Purple, was also Freeform's highest rated multi-platform series premiere as well as being awarded Best Cable Series, Drama, by the HCA. The show takes place over three summers - 1993, 1994, 1995 - and is told in a non-linear narrative. It is Aurelia's performance that differentiates each of the years by her remarkable transformation into three very different versions of 'Jeanette' - an awkward teen, the most popular girl in school and finally, the most despised person in America. Aurelia will next be seen starring with Mila Kunis in the highly anticipated Netflix feature Luckiest Girl Alive, based on the bestselling novel of the same name, directed by Mike Barker and produced by Bruna Papandrea. Aurelia also starred opposite Sadie Sink in the second installment of The Fear Street Trilogy for Netflix and she was a series regular on Amazon's Tell Me Your Secrets, opposite Lily Rabe and Hamish Linklater, also for producer Papandrea.Aurelia starred opposite Henry Thomas as the younger version of Carla Gugino in the Netflix psychological thriller Gerald's Game, for director Mike Flanagan. Aurelia was named Best Supporting Young Actress by both the BaM Awards and the Young Entertainer Awards for her work in the film. Aurelia co-starred alongside Juliette Lewis in the crime thriller Back Roads (Tribeca Film Festival premiere), and she was again named Best Supporting Young Actress at the Young Entertainer Awards, thus establishing Aurelia's ability to portray emotionally demanding characters at a young age.Born in Taos, New Mexico, Aurelia began acting at the Lee Strasberg Theater at age four, and she traveled between the mountains of the Southwest and the Sunshine State, while her focus remained firmly in the arts. She moved to Los Angeles full time in 2014 to pursue her acting career. Aurelia also enjoys helping others, as she believes kindness is created through compassion, by supporting local and international non-profit organizations.