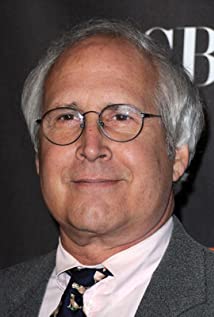 Chevy Chase was born Cornelius Crane Chase on October 8, 1943 in Lower Manhattan, New York, to Cathalene Parker (Browning), a concert pianist and librettist, and Edward Tinsley "Ned" Chase, an editor and writer. His parents both came from prominent families, and his grandfathers were artist and illustrator Edward Leigh Chase and Admiral Miles Browning. His recent ancestry includes English, Danish, Scottish and Irish.His grandmother gave him the nickname "Chevy" when he was two years old. Chase was a cast member of Saturday Night Live (1975) from its debut until 1976, and then embarked on a highly successful movie career. He scored in the 1980s with hits such as Caddyshack (1980), National Lampoon's Vacation (1983) and its sequels, Fletch (1985) and Fletch Lives (1989). All his films show his talent for deadpan comedy. Sadly, his career generally worsened through the 1990s, starring in disappointments such as the mediocre Memoirs of an Invisible Man (1992), and Cops and Robbersons (1994). More recently, Community (2009) marked a return for him, as he played a regular role for the first four seasons.