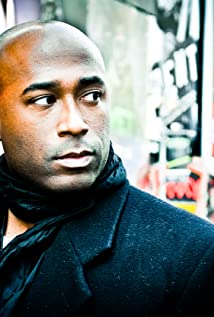 Chester Jones III is an award-winning American actor, screenwriter, playwright, author, director, film/tv producer, and model. He has been featured in feature films, television series, and Broadway/Off-Broadway plays. He found a love for film and television through his mother and father while growing up in Racine, Wisconsin. Both parents, while educators, loved classic films and good music, and introduced him to the various forms of entertainment that would eventually become his passion.In 2003, he moved to New York City and almost immediately began working on commercials, small theater productions, and in supporting roles on primetime and daytime television. Eventually he was cast as an understudy in "Jerry Roebuck's Harlem Coffee Shop" (Beacon Theater, NY). Once the rehearsal process ended however, he'd managed to secure three separate roles in the production, one leading role, and two supporting roles...all performed on-stage during the show's run. He became known on the production as the person who was always ready and able to take on whatever was thrown at him, and could handle last-minute changes or unexpected situations with ease. With his confidence built-up from this experience, he went on to perform in several contemporary and classical theater productions in New York City and via regional theater tours (including "Romeo and Juliet", "Hamlet", and "The Mousetrap").His transition into feature-films began with several supporting roles, all a testament to his acting range. Whether playing a supportive friend, a cold/calculated executive, a dumbfounded robber, or a smooth ladies man, his time on screen continued to "stand out" amongst his counterparts. These smaller, yet effective opportunities on screen continued and eventually his roles began to grow larger and larger as his experience mounted. In 2004, he landed the lead role in Chris Jun's "The Main Character". Both the film and his performance were heralded by critics, and he was awarded with a nomination for Best Dramatic Actor at the 2005 New York International Independent Film and Video Festival.Also in 2005, he wrote, produced, directed, and starred in his first short film, "Mine: A Possession Parable". The film became a finalist in the San Francisco Black Film Festival competition, and was screened at the "Margaritas and a Movie Screening Series" in Oakland, CA.In 2007, he wrote, produced, directed, and starred in his first feature film, "Hey Diddle Diddle". The film, which follows a former "Mr. Popular" who is currently battling Social Anxiety Disorder, required him to put on 40+ pounds to play the role. Again, being the person who could take on whatever challenge with ease, he seamlessly gained 45 pounds to portray the lead character, "Maxwell Sweetwater". Once again, his performance was heralded by the critics, most notably the popular indie film ezine, Film Threat. "Hey Diddle Diddle" was an Audience Award finalist in the 2009 Hollywood Black Film Festival and a 2009 Voice Award Nominee. Eventually, he reformatted the feature-film into a 9-part mini-series for broadcast television and made deals with several broadcast networks to distribute the mini-series internationally. It is currently being broadcast on Fetch TV in Europe, CaribVision in the Caribbean and Cuba, and Punch TV in the States (50 million domestic households).In the midst of a string of network primetime television appearances, Chester won the "Outstanding Lead Actor in a Drama" at the 2014 LAWeb Fest for his work in the popular webseries, Parallels.In late 2015, Chester became Founder and CEO of The Dream Network (Dream TV), a national multicultural television broadcast network. Dream TV is currently being broadcast to 32 million households via Direct TV, Roku, and several local television affiliates in the U.S.A. and Bahamas.In 2017, Chester's screenplay for "Harlem Heat" was awarded "Best Screenplay" at the Newark International Film Festival.He is currently authoring a graphic novel and developing a television series for STARZ (producer/co-writer). He also serves as creator/producer on the popular podcast, "Bruthas on Tennis." Outside of his passions, he thoroughly enjoys music, travel, good food and good people. He strives to be the best person he can be, and to be "useful" to mankind throughout his lifetime.Proud member of SAG-AFTRA, Actors Equity Association (AEA) and the Writers Guild of America (WGA).