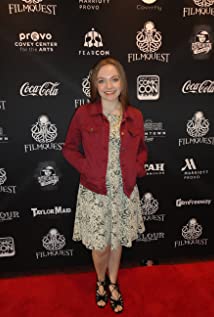 Chelsea Jurkiewicz is an American actress. She began her career in entertainment at age 11, and has since then played leading roles in feature films, short films, commercials, television specials, music videos, and plays. She might be best known for her work in "Abigail Haunting" and "The Crumbs", which were both #1 hit films on Amazon Prime in 2020. She has worked in show business all over the United States, and with many established colleagues, including multiple Emmy-award winning directors. Chelsea was the 2020 recipient for the Utah Film Award, in the category of Best Lead Actress. She also won the Zed Award for Outstanding Acting Performance, and has 4 additional nominations to her name. Her other talents include singing and dancing - she has a 3 octave range, and has been photographed in several shoots as a dance model. Besides the performing arts, Chelsea also enjoys ice-skating, biking, drawing, roller-skating, word puzzles, journaling, collecting unique rocks, and going on random adventures.

Hello I Love You

We All Fall Down