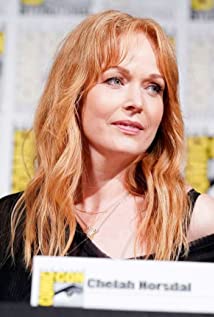 Chelah is most well known for her work as Helen Smith on Amazon's The Man In The High Castle, for which she's been oft nominated and was awarded the Leo in 2017 and 2020. Chelah's earlier life saw her working a variety of jobs from restaurants to interior design to event production, while travelling extensively throughout her twenties. She came to acting later than most, making it her sole focus and career at the age of 28. Under the banner of her company, Phoebe Films, Chelah is currently producing a documentary about her father, Canadian folk legend Valdy, developing both a short and feature that she's penned, and continues to contribute whatever she is able to other budding filmmakers. She also places great importance in mentoring younger female actors to empower them moving forward in a sometimes difficult industry. Chelah works passionately to raise both money and awareness for animal welfare.