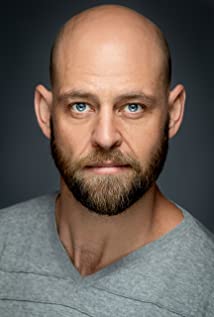 Bouguenon (pronounced: Boo-zhe-noh) lay the foundations for his life-long love affair with the performing arts at an early age. Hailing from a family of classical musicians, he grew up with the stage in his sights from the vantage point of the orchestra pit. Highly active in local dramatic societies whilst growing up, he accordingly went on to study BA (Drama) at the University of Pretoria, South Africa.In 2003 Charlie debuted professionally at the State Theatre, Pretoria, South Africa in the national touring production of Fame - The Musical.In 2011 Charlie turned his attention to the screen and has thoroughly enjoyed working and growing in the medium. He has portrayed roles in more than 15 local feature films, Including Red Room starring Khanyi Mbau, Amandla and Little Big Mouth on Netflix, Vuil Wasgoed, Thys & Trix and Die Verhaal van Racheltjie De Beer. His film experience includes roles in several international features, namely Transformers - The Last Knight (where he plays in a scene opposite Sir Anthony Hopkins), The Journey is the Destination, and in 2020 was seen in Bloodshot opposite Vin Diesel.International television credits include Homeland opposite Claire Danes for Showtime, Dead Places for Netflix, Strike Back for HBO and The Professionals starring Brendan Fraser.Charlie is fortunate to have been featured in many South African television dramas, sitcoms, and soaps. Amongst others, he is well known as Timothy Jones in the ever-popular Scandal!Charlie is well known for his commitment and work ethic. This versatile actor continually nurtures and builds upon his craft as he aspires towards consistently producing exemplary work.Feel free to engage with Charlie on Socials. Insta: @TheCharlieGuy Twitter: @TheCharlieGuy FB: Charlie Bouguenon

The Story of Racheltjie De Beer

The Journey Is the Destination