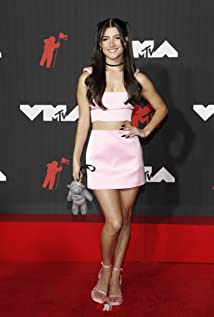 Charli D'Amelio was born as Charli Grace D'Amelio on May 1, 2004 in Norwalk, Connecticut, USA. D'Amelio's career began on TikTok in the summer of 2019 with uploaded dance videos. She has since acquired over 52.5 million TikTok followers, 16.6 million Instagram followers, 3.59 million YouTube subscribers, and over 1.5 million Twitter followers. In just 10 months, she became the most-followed account on the social media platform TikTok. She surpassed the previous most-followed individual, Loren Gray, on March 25, 2020.In January 2020, D'Amelio signed with talent agency UTA. She then landed a spot in a Super Bowl commercial for Sabra Hummus along with other celebrities. She was invited to attend Super Bowl LIV and meet Jennifer Lopez to create the viral TikTok challenge "J Lo Super Bowl Challenge." She is a part of the collaborative TikTok web group "Hype House" along with 18 others including Addison Rae and Dixie D'Amelio.On March 27, 2020, D'Amelio collaborated on YouTube with actor Noah Schnapp.