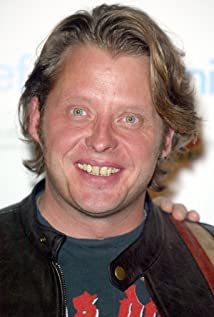 Actor, father, motorbike fanatic: Charley Boorman is the epitome of the modern adventurer in pursuit of fresh challenges away from the success of his personal life. Choosing two wheels as his preferred mode of transport, Charley harnessed the challenges of a 'round the World trip with Ewan McGregor. Now his sights are set on the unyielding sands of the desert.Charley Boorman has been riding motorcycles since he was seven years old. The son of renowned film director John Boorman, he grew up on a farm in Ireland and used to ride through the fields on his first motorbike and took part in schoolboy motor cross and Enduro races. The bike bug remained with Charley and, for four years, he ran a motorcycle race team and spent the years riding with David Jeffries and Matt Llewelyn.In 2004, Charley and his best mate Ewan McGregor came up with the madcap idea of circumnavigating the globe on motorbikes. After months of intense preparations when at times, it looked like the project would not get off the ground, the pair set off from London in April 2004.Over the next three grueling months, they traveled through three continents and fifteen countries. Long Way Round (2004) was the realisation of a dream born out of two friends' love of motorbikes, the freedom of the open road, and the adrenaline rush of an extreme challenge. Their entire journey was filmed for Long Way Round (2004), a unique television series that was broadcast on Sky One in the UK and Bravo (USA) and spawned a best-selling DVD, book and CD soundtrack. It has now sold the world over into many territories including Australia, Canada, Japan, France, Spain, and Italy.Following the overwhelming success of Long Way Round (2004), Charley has become an icon in the motorcycling world. On the Long Way Round (2004), UK Tour Charley visited motorcycle and adventure exhibitions plus BMW dealerships across the UK to talk about his adventures. Each event was a sell-out as crowds flocked to catch a glimpse of Charley and have their book or DVD signed. A similar tour of the southern hemisphere is to take place this winter.Next up, Charley is taking on the desert with one of the World's harshest challenges: the Lisbon-Dakar Rally. This is not just a race out of Europe via the Iberian Peninsula and down through West Africa. This is one of the most physically and emotionally demanding battles across inhospitable terrain, alone, to achieve the impossible. But for Charley, it is, as for many others, one of the most romantic and dangerous races known to man.It remains the only race open to both amateur and professional bikers and for a first time participant like Charley, finishing the race in Dakar will be the ultimate goal.

Country of My Skull

I Dreamt I Woke Up