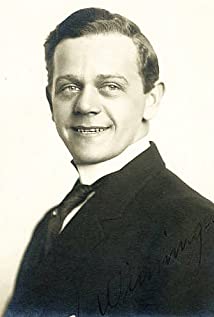 Short, chubby-framed, twinkle-eyed, ever-huggable Charles Winninger was a veteran vaudevillian by the time he arrived in talking films. Born in a trunk to show biz folk in Athens, Wisconsin, on May 26, 1884, he was initially christened Karl Winninger. He left school while quite young (age 8) to join and tour with his parent's vaudeville family act which was called Winninger Family Concert Co. Upon his parents' retirement, he and his five brothers went off to play in various stock and repertory companies. On film Charlie found an "in" with silent comedy shorts between 1915-1916 but never truly settled into the movie business until the advent of sound.In the meantime Broadway made great use of his musical comedy talents, marking his debut with "The Yankee Girl" in 1910 which also featured actress (and later stage star) Blanche Ring. He married Blanche in 1912 and the couple went on to star together quite frequently in vaudeville and on Broadway, including the musical "When Claudia Smiles" (1914) in which Blanche played the title role. Throughout the 1920s there were plenty of roles for Charlie on the Great White Way including a stint with the Ziegfeld Follies (1920), several Winter Garden productions, and in such musical comedy showcases as "The Broadway Whirl" (1921) (with Blanche), "The Good Old Days" (1923), "No, No, Nanette" (1925) and "Yes, Yes, Yvette" (1927). His most significant contribution was originating the role of beloved Cap'n Andy in "Showboat" (1927). Playing the Kern/Hammerstein musical for two years straight, he eagerly returned to the role on Broadway in 1932.With the success of "Show Boat," Hollywood started taking more of an interest in the grey-haired song-and-dance man for character roles. Such early talking movies included the slapstick comedy Soup to Nuts (1930) with Ted Healy and The Three Stooges. Though Charlie was known for adding his immeasurable touch to the comedy genre (Flying High (1931) and Woman Chases Man (1937)), he was also a warm-hearted presence in heavier pictures as well, including the melodramas Bad Sister (1931) with Bette Davis and The Sin of Madelon Claudet (1931) with Helen Hayes, and rugged adventures Gun Smoke (1931) and White Fang (1936). Although he did not play his famous stage role in the 1929 version, Charlie was thankfully able to preserve his beloved Cap'n Andy to film in the superb Irene Dunne/Allan Jones remake of Show Boat (1936). He became so associated with the riverboat captain that he was asked to create several variations of the character on radio.Charlie was relied upon for his benign, errant dads, old-theater entertainers, lovable drunks and other rather wanderlust types in film, characters that usually represented old-fashioned common sense or mores. He was quite entertaining in such classics as Nothing Sacred (1937), Three Smart Girls (1936) and Destry Rides Again (1939). In the 1940s he brightened up a number of MGM comedies and musicals including Babes in Arms (1939), Little Nellie Kelly (1940), Ziegfeld Girl (1941), When Ladies Meet (1941), Broadway Rhythm (1944)_ and Living in a Big Way (1947). One of his last important roles was playing Will Rogers' Judge Priest role in director John Ford's film The Sun Shines Bright (1953), his only leading film role. He and wife Blanche never appeared together in a film although Blanche did play herself in the film If I Had My Way (1940), a film that featured Charlie. His Broadway swan song was in "Music in the Air" in 1951 and his final film occurred about a decade later with Raymie (1960). He also played Santa Claus in the hour-long entertainment The Miracle of the White Reindeer (1960) that same year.TV roles dominated much of his work in the 50s. On the one-season The Charles Farrell Show (1956) he played the star's dear old dad. Divorced from wife Blanche in 1951, Charlie subsequently married stage actress-turned-novelist and screenwriter Gertrude Walker whom he originally met on Broadway when he returned to "Show Boat" in 1932 (Gertrude played the role of Lottie). Retired for many years, Charlie died in 1969 following an extended illness at the age of 84.

Give My Regards to Broadway

Something in the Wind

Belle of the Yukon

A Lady Takes a Chance