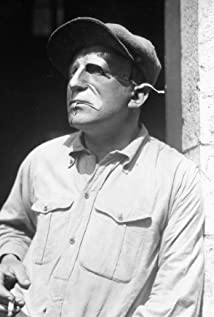 Charles Vanel was a French actor. His film career lasted for 76 years, from 1912 to 1988. He appeared in over 200 films.Vanel often worked under famous directors, such as Luis Buñuel, Henri-Georges Clouzot, Jacques Feyder, and Alfred Hitchcock. A career highlight was his role as truck driver Jo in the thriller film "The Wages of Fear" (1953). In France, it was the 4th highest earning film of the year. The film won both the Golden Bear and the Palme d'Or.Vanel won the Best Actor award of the Karlovy Vary International Film Festival , for his role as Wolf Andergast in the drama film "L'affaire Maurizius" (1954).Vanel had a supporting role in the thriller film "To Catch a Thief" (1955) as restaurant owner Monsieur Bertani, who is a veteran of the French Resistance. In retrospect, the film was considered one of Hitchcock's strongest films.Vanel won the Best Actor award of the San Sebastian International Film Festival, for his role as Albatrasse in the thriller film "Burning Fuse" (1957).In 1979, Vanel received a Honorary César Award for his career. In 1981, he won the Best Supporting Actor award in the David Di Donatello Awards, for his role as pater familias Donato Giuranna in the drama film "Three Brothers".Vanel's last film role was in the film "Les Saisons du plaisir" (1988). He died in April 1989, at the age of 96.

If the Sun Never Returns