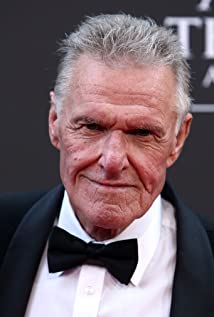 Charles Napier was born in the tiny community of Mt. Union, near Scottsville, Allen County, Kentucky, to Linus Pitts Napier, a tobacco farmer and postman, and his wife, Sara, on April 12, 1936. He attended public school in Scottsville. After graduating high school, he enlisted in the Army in 1954. He rose to the rank of E-5 (Sgt.) while serving as company clerk with Company A 511th Airborne Infantry, 11th Airborne Division. He was a lively character actor who usually played edgy military types and menacing bad guys. His film debut was in Russ Meyer's Cherry, Harry & Raquel! (1969).Napier went on appearing in other Meyer movies, including the homicidal Harry Sledge in Supervixens (1975) and also became a regular playing smaller roles for Jonathan Demme. His memorable portrayals of tough guys included the scheming intelligence officer in Rambo: First Blood Part II (1985) and the short-tempered front man in The Blues Brothers (1980).

Suits on the Loose