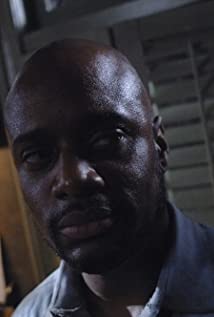 Whitfield has starred in dozens of prime-time shows and feature films, but one of his proudest professional moments so far is his leading role in the Emmy-winning mini-series, "The Temptations." Nominated for an NAACP Image Award for his portrayal of Otis Williams, Whitfield says people still applaud his performance, years later. Despite his impressive body of work, Whitfield could have easily ended up on a dramatically different path, if it weren't for critical decisions he made as a teenager. A native of the Bronx, New York, Whitfield admits, "I came up through the journey of selling drugs. I made my first million dollars at age 14. It's not something I'm proud of, but it's an unfortunate part of my past." A high school teacher introduced Whitfield to acting, which became an outlet for him to channel his energy and passion. He realized that acting was his true calling after performing a monologue about losing his best friend to the drug wars, at a group home for boys. In addition to raising his children, Whitfield also finds time to teach an acting class, in an effort to help aspiring thespians develop their craft. He's in pre-production on an autobiography of his professional and personal journey, which he intends to direct.

A Heart That Forgives