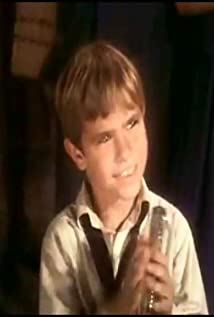 Charles Herbert was a mildly popular 1950s child actor with a trademark sulky puss and thick, furrowed eyebrows, who was known for playing inquisitive kids besieged by alien beings, including a robot, as well as by a human fly and several house-haunting ghosts. He racked up over 20 films, 50 TV shows and a number of commercials during his youthful reign.He was born Charles Herbert Saperstein on December 23, 1948, in Culver City, Los Angeles, California, to Pearl Jean (Diamond) and Louis Saperstein. His mother was an Austrian Jewish immigrant, while his paternal grandparents were Russian Jews. Noticed by a Hollywood talent agent while riding a bus with his mother, Charles began his career at age four, on a 1952 TV show entitled "Half Pint Panel".Elsewhere on TV, he showed up regularly on series fronted by such stars as Robert Cummings and Gale Storm. This period was marked by amazingly high-profiled performances such as his blind child on the Science Fiction Theatre (1955) episode, Science Fiction Theatre: The Miracle Hour (1956). On the feature film front, Charles made an inauspicious debut in the Lucille Ball/Desi Arnaz comedy, The Long, Long Trailer (1954). Although director Vincente Minnelli had handpicked him for the role, his part was completely deleted from the movie. Other tyke roles turned out more positively and in a variety of genres, including the film noir pieces, The Night Holds Terror (1955) and The Tattered Dress (1957), the dramas, Ransom! (1956) and No Down Payment (1957), and the comedies, Houseboat (1958) and Please Don't Eat the Daisies (1960). His most recognized genre, however, was sci-fi, and he appeared in a number of films that are now considered classics of that genre. He started off in a bit part as a boy playing tug-of-war with a dead sailor's cap in The Monster That Challenged the World (1957). Up front and center, he came into his own playing the young son of dead scientific genius Ross Martin, whose brilliant brain is transplanted into what becomes the robot-like The Colossus of New York (1958). He loses another dad (David Hedison) to a botched experiment in The Fly (1958), also starring iconic master of macabre Vincent Price. Lastly, Charles headed up the cast in the somewhat eerie but rather dull and tame William Castle spookfest, 13 Ghosts (1960). Castle handpicked Charles for the child role and even offered the busy young actor top-billing over the likes of Donald Woods, Rosemary DeCamp, Jo Morrow, Martin Milner and Margaret Hamilton if he would appear in his movie. In this haunted house setting, Castle's trademark gimmick had audiences using 3-D glasses in order to see the ghostly apparitions.He had another leading role in the fantasy adventure, The Boy and the Pirates (1960), then film offers for Charles completely stopped. Growing into that typically awkward teen period, he was forced to subsist on whatever episodic roles he could muster up, including bits on Wagon Train (1957), Rawhide (1959), The Fugitive (1963), Family Affair (1966) and My Three Sons (1960). By the end of the 1960s, however, Charles was completely finished in Hollywood, having lost the essential adorableness that most tyke stars originally possessed. Unable to transition into adult roles, his personal life went downhill as well. With no formal education or training to do anything else and with no career earnings saved, he led a reckless, wanderlust life and turned to drugs. Never married, it took him nearly 40 years (clean and sober since October, 2005) to turn his life around. During good times and bad, however, he has appeared from time to time at sci-fi film festivals.Charles Herbert died of a heart attack on October 31, 2015, in Las Vegas, Nevada.

The Boy and the Pirates

The Man in the Net