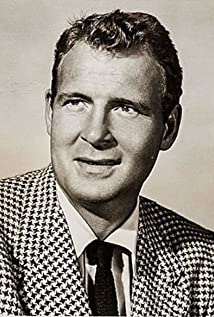 Personable actor Charles Drake was born Charles Ruppert on October 2, 1917, in New York City. He graduated from Nichols College in 1937 and initially became a salesman before switching to acting in 1939 and appearing in little theater productions. He changed his stage name to the more suitable Charles Drake and in the late 1930s managed to snag a contract with Warner Brothers. Drake started apprenticing in small, often unbilled roles in what would become enduring WWII-era classics: The Hunchback of Notre Dame (1939), The Maltese Falcon (1941), The Man Who Came to Dinner (1942), Now, Voyager (1942), Sergeant York (1941), and Yankee Doodle Dandy (1942), but did not rise suitably in billing rank during that time. Military service interrupted his career in 1943, but he returned to Hollywood within a couple of years sans his Warner's contract.Following a slight lull in the freelancing department, he was finally picked up by Universal and actually found better work in still somewhat standardized roles. He played Dr. Sanderson in Harvey (1950), the villain in You Never Can Tell (1951), and Shelley Winters' cowardly boyfriend in Winchester '73 (1950), among others. He also became a top supporting player in the westerns and war pics of Audie Murphy, who became a good friend offstage. In 1955, Drake turned to television as one of the stock-company players on Robert Montgomery Presents (1950) and a couple of years later became the host of the weekly British TV espionage series Rendezvous (1957).Although he played in over 80 films (mostly dramatic fare) between the years 1939 and 1975, he did not become a star. He continued on as a rather unobtrusive character actor in the 1960s and appeared in such innocuous fare as Tammy Tell Me True (1961) and Valley of the Dolls (1967) (as suitor Kevin Gilmore), while showing up occasionally as assorted high-rankers in such films as The Arrangement (1969) and The Seven Minutes (1971). He finished off his career on TV before retiring. Drake died in 1994 at age 76.

Land of the Giants

Valley of the Dolls