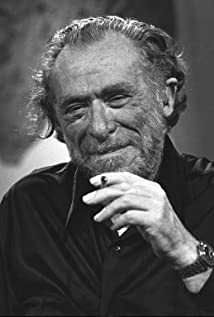 Charles Bukowski, the American poet, short-story writer, and novelist, was born Heinrich Karl Bukowski, Jr. in Andernach, Germany on August 1920. He was the son of Henry Bukowski, a US soldier who was part of the post-World War I occupation force, and Katharina Fett, a German woman. His father, his wife and young "Henry Charles" returned to the United States in 1922, settling in Los Angeles, California, the setting of much of "Hank" Bukowski's oeuvre. With Raymond Chandler, Bukowski is the great chronicler of the City of Angels, and after John Steinbeck and Robinson Jeffers, who influenced Bukowski's poetry, he arguably is the most important and certainly one of the most influential writers produced by the Golden state.Bukowski's childhood was marred by a violent father, who regularly beat him with a razor strop until his teen years, and then by the Great Depression. When Bukowski went through adolescence, he developed an awful case of acne vulgaris which disfigured his face and made him feel like an outsider. His father frequently was out of work during the Depression, and he took out his pain and anxiety on his son. The younger Bukowski took to drink at a young age, and became a rather listless underachiever as a means of rebellion against not only his father, but against society in general, the society his father wanted him to become a productive member of. The young Bukowski could care less.During his school years, Bukowski read widely, and he entered Los Angeles City College after graduating from high school to study journalism and literature with the idea of becoming a writer. He left home after his father read some of his stories and went berserk, destroying his output and throwing his possessions out onto the lawn, a lawn that the young Bukowski had to mow weekly and would be beaten for if the grass wasn't perfectly cut. Bukowski left City College after a year and went on the bum, traveling to Atlanta, where he lived in a shack and subsisted on candy bars. He would continue to return to his parents' house when he was busted flat and had nowhere else to go.At City College, Bukwoski briefly flirted with a pathetic, ad hoc, pro-fascist student group. Proud of being a German, he did not feel inclined to go to war against Hitler's Germany. When America entered World War II, Bukowski resisted entreaties from his friends and father to join the service. He began living the life of a wandering hobo and a bum, frequently living on skid row as he worked his way through a meaningless series of jobs in L.A. and other cities across the U.S. He wound up in New York City during the war after his short story, 'Aftermath of a Lengthy Rejection Slip,' was accepted by "Story" magazine. He disliked New York and soon decamped for more hospitable climes. He was content to go to public libraries and read -- he discovered the L.A. writer John Fante, whom heavily influenced his own work and whom he would champion when he became famous -- and loaf.The story, published in "Story" in 1944, was the highlight of the first part of his writing career. He returned to Los Angeles and became a Bottle Baby in his mid-twenties, forsaking the typewriter for John Barleycorn and Janet Cooney Baker, an alcoholic ten years his senior who became his lover, off and on, for the the next decade. They would shack up in a series of skid row rooms until the money and the booze would run out, and Jane would hurt the turf. She was a tortured soul who could match Bukowski drink for drink, and she was the love of his life. They would drift apart in the mid-'50s until coming together again at the beginning of a new decade, before she drank herself to death in 1962.Bukowski got a temporary Christmas job at the Post Office in 1952, and stuck with his job as a mail carrier for three years. In 1955, he was hospitalized in a charity ward with a bleeding ulcer that nearly killed him. He was told never to drink again, but he fell off the water wagon the day he got out of the hospital and never regretted it.After recovering from his brush with death -- he would have died if an idealistic doctor hadn't demanded from the nurses that had left Bukowski to die that they give him a massive blood transfusion -- he began to write again: poetry. Bukowski developed into one of the most original and influential poets of the post-War era, though he was never anthologized in the United States (though those that were influenced by him were). Bukwoski, who chronicled the low-life that he lived, never gained any critical respect in America, either in the journals or in academia. Barbara Frye, a woman born to wealth who published the small poetry magazine "Harlequin," began to publish Bukowski. She sent a letter to him saying she feared no one would marry her because of a congenital conformity essentially leaving her with no neck. Bukowski, who had never met her, wrote back that he would marry her, and he did. The marriage lasted two years. In 1958, he went back to work for the

Nothing Else to Do

The Devil Was Hot

Bukowski: Born into This

The Man with the Beautiful Eyes