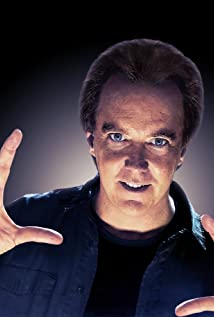 Charles Band is a writer, producer, director and publisher. He was born on December 27, 1951 in Los Angeles, California, USA as Charles Robert Band. His father was producer and director Albert Band and his brother is composer Richard Band.Band has been writing, producing and directing films in the horror, science fiction, fantasy and comedy genres since the 1970s both for other company's and with his own studios, Empire Pictures and Full Moon Features. He was instrumental in ushering in the home video boom of the early 1980s with his companies Meda (later renamed Media Home Entertainment) and Wizard Video, the latter imprint which was responsible for being among the first entities to distribute European horror movies from such now celebrated filmmakers as Jess Franco and Lucio Fulci.Band is perhaps best known for his work with Empire Pictures, making such pictures as Ghoulies, The Dungeonmaster, Terrorvision, Re-Animator and From Beyond and later, with Full Moon Features making films like Puppetmaster, Doctor Mordrid, Subspecies, Pit and the Pendulum, Castle Freak and many more.Despite the changes in the home video and theatrical film marketplaces, Band has never stopped making and distributing movies. Many of his classic Full Moon pictures can be found on his Full Moon Streaming channel and now on the Full Moon Amazon channel. Band also distributes hundreds of his own and other filmmakers movies on DVD and Blu-ray via Full Moon Direct, along with a myriad toys and related Full Moon universe merchandise.Recent Full Moon Features productions include Evil Bong High 5, Trophy Heads, Killjoy's Psycho Circus, Ravenwolf Towers and Puppetmaster: Axis Termination.

Don't Let Her In