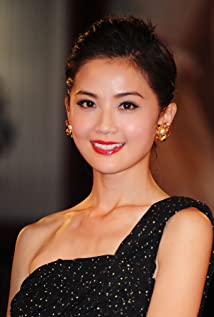 Charlene Choi (born 22 November 1982) is a Hong Kong-Canadian actress and singer. She is a member of Cantopop group Twins, along with Gillian Chung. Choi was born in Vancouver, British Columbia, Canada. She moved with her family to Hong Kong a few years later. She was educated at a number of institutions. She is fluent in Cantonese, English, and Mandarin. After graduating from Rosaryhill School, where many other would-be pop stars had attended, she started working full-time as a model in Hong Kong. She was scouted by Emperor Entertainment Group (EEG), and was then linked with Gillian Chung to form the Cantopop group Twins. Choi's first acting gig was a starring role in the 2000 television drama Youth Y2K. Then, Choi made her first film debut in 2001 in Funeral March (filmed prior to Twins' debut), which drew rave reviews from critics and earned her a Best New Artist nomination at the 21st Hong Kong Film Awards. Choi's next big acting break was in 2003 with her earnest and pretence-free portrayal of a young girl who battles through all odds in hopes of becoming a singer in Diva - Ah Hey.

Always Be with You