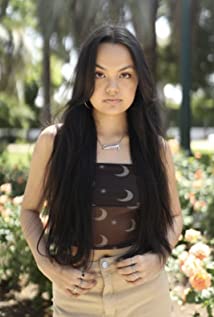 Chalet Lizette Brannan is a teen actress that beat Leukemia at age 10. Chalet is an Official Ambassador for Along Comes Hope which is a worldwide charity for children suffering cancer and other major illnesses. She started her career by making a PSA for Walt Disney World entitled "Saving A Manatee" at Animal Kingdom. From there she has progressed and has filmed all genres. She was stricken with cancer at the age of 10 but has survived and has beat this life threatening illness. Ms. Brannan regularly visits children in Hospitals and has been on major talk shows to help children deal and fight cancer. She kept pursuing her dream in acting and singing and has amassed many nominations and awards in her short career thus far. Recently winning "Best Young Actress" from the Young Artist Academy and the coveted Humanitarian Award, she is a shining example of what an actress and a child can do to overcome obstacles in their life. Her hope is that through her work, others can see that you can find that light at the end of the tunnel and come out on the other side triumphantly.