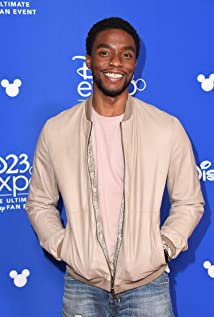 Chadwick Boseman was an American actor. He is known for his portrayal of T'Challa / Black Panther in the Marvel Cinematic Universe from 2016 to 2019, particularly in Black Panther (2018), and for his starring roles as several pioneering Americans, Jackie Robinson in 42 (2013), James Brown in Get on Up (2014), and Thurgood Marshall in Marshall (2017). He also had choice parts in The Express (2008), Draft Day (2014), and Message from the King (2016). Born in Anderson, South Carolina, he attended Howard University and studied at the Oxford Mid-Summer Program for acting, before moving to Los Angeles in 2008 to pursue his craft on the big screen. He died in 2020, after a four year bout with colon cancer, during which time he had starred in several of the biggest movies ever made.

Chadwick Boseman: Portrait of an Artist