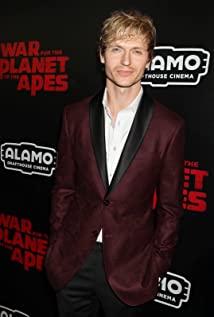 As an award-winning actor, director, writer and producer known for his versatility in the roles he selects, Chad Rook's multitude of credits over the past 20 years have spoken for themselves. With roles such as Clyde Mardon, the weather-controlling super villain on "The Flash (2014)", to the villainous soldier, Boyle on "War for the Planet of the Apes (2017)", Chad continues to show his passion for creating memorable characters on both the big screen and small.His roles on such hit TV Series as, "Siren (2018)", "The 100 (2014)", "Virgin River (2019)", "Supernatural (2005)" and "Timeless (2016)" have made the Canadian-born actor a fan-favorite among TV and film fans alike.In 2020, Chad won a Leo Award for "Best Performance by a Male" for his two-character portrayal in the Drama/Thriller film, "We Came From the Sea (2020)". He also recently obtained world-wide distribution with Bayview Entertainment and Shoreline Entertainment for his Comedy Feature Film, "The Perfect Pickup (2020)", which Chad, wrote, directed, produced and starred in. Chad is in production of his next film, "The Asylum", which is slated to begin filming in the summer of 2022 where he will once again take the role of director, writer and producer.In late 2020, Chad finished filming two major roles in the upcoming Feature Films, "Resident Evil: Welcome to Raccoon City (2021)" where he plays the zombie-killing, task force officer, Richard Aiken, and starring alongside Mel Gibson in the Action Film, "Dangerous (2021)" as the quick witted and violent mercenary, Blanchard. Both films are set for worldwide theatrical release in late 2021. In the summer of 2021, Chad is slated to begin filming Season 1 of Paramount's mystery series, "Joe Pickett (2021)", which is based on the New York Time's bestselling book series penned by author, C.J. Box.