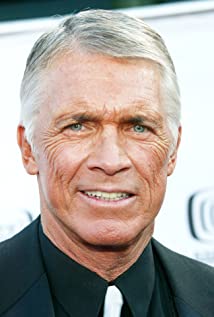 Both a leading and a supporting actor in movies and on television, name a role - lawyer, airline pilot, rig foreman, doctor, gunslinger, real-life person, good guy, bad guy - and Chad Everett has probably played it. He was born Raymon Lee Cramton on June 11, 1937 in South Bend, Indiana. In high school, he did stage plays and wanted to become an actor.After he graduated from Wayne University, Chad came to Hollywood and signed a contract with Warner Brothers. He first became known playing a deputy in the short-lived television series, The Dakotas (1962) but acted in a number of supporting roles, such as Get Yourself a College Girl (1964) and Made in Paris (1966), and played the title role in Johnny Tiger (1966) and Return of the Gunfighter (1967).He was probably best-known for his seven-year run as "Dr. Joe Gannon" in the television series, Medical Center (1969), which earned him two Golden Globe Awards and Emmy nominations. After "Medical Center" was canceled, Chad starred in the mini-series, Centennial (1978), and played the title role in Hagen (1980). In the early '80s, Chad was in television films, including The Intruder Within (1981), and did a number of guest appearances on The Love Boat (1977) and Murder, She Wrote (1984).Chad's recent work has included roles in the remake of Psycho (1998) and in Mulholland Drive (2001). Today, he is still seen on television in Manhattan, AZ (2000). He recently completed a new film with Gwyneth Paltrow, View from the Top (2003), which is soon to be released. Chad is married to Shelby Grant, and they have two daughters.

View from the Top