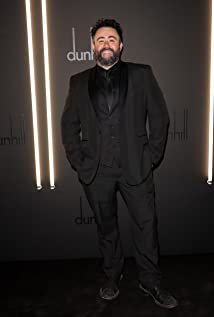 Celyn Jones is a critically acclaimed and award-winning actor and screenwriter, "A writer, performer powerhouse...". He was born and raised on the island of Anglesey, North Wales. His Father was a sailor and Mother a baker. Celyn trained as an actor at the Manchester Youth Theatre and won a scholarship to the prestigious Oxford School of Drama where he received a strong classical training. In his twenties he devoted a significant amount of his time working in education, helping young people strengthen their communication abilities through drama, film and writing. His talent and experience has secured him the reputation as one of the most impressive and versatile character actors of his generation. Lately, his screenwriting has caught the attention of Hollywood, with various projects now in different stages of production and development. He continues to be in demand, working internationally with some of the most talented and respected directors & performers, often more than once, across all platforms. Celyn lives in the UK with his family, is a co-founder of Mad as Birds Films and a proud Welsh ambassador for the children's charity Into Film.

A Christmas Gift from Bob

Set Fire to the Stars