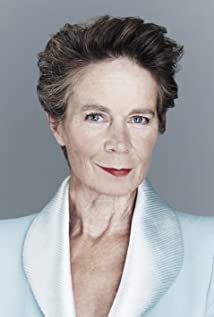 Celia Imrie is an Olivier award-winning and Screen Actors Guild-nominated actress, a Variety magazine 'Icon' and Women in Film and Television 'Lifetime Achievement award' winner. As well as her acclaimed film, television and theatre work, she is also a Sunday Times best-selling author. Celia is much loved for her film roles including The Best Exotic Marigold Hotel film series, The Bridget Jones film series, Calendar Girls, Absolutely Fabulous: The Movie, Finding Your Feet and Mamma Mia: Here We Go Again. Most recent film work include Mrs Green in independent horror feature, Malevolent and Joan Erikson in Year By The Sea.Television roles include, Phyllis in Pamela Adlon's semi-autobiographical comedy Better things, Kettle in Sky Atlantic and Showtime's Patrick Melrose, Vera in Barbara Vine's A Dark Adapted Eye and Maggie Pit in unconventional comedy Hang Ups.Celia also has an extensive list of theatre credits and she has performed in many of London's major theatres. These include, Tony and Olivier Award winning comedy Noises Off at The Old Vic Theatre, Acorn Antiques: The Musical! at Theatre Royal Haymarket in which Celia won the Olivier Award for Best Actress in a Musical in 2005, The Sea at The National Theatre opposite Dame Judi Dench and the universally acclaimed production of King Lear at the Old Vic in 2016.Celia will soon take to the stage in Party Time/Celebration, the sixth double-bill of one-act plays in The Jamie Lloyd Company's Pinter at the Pinter Season, commemorating the 10th anniversary of Nobel Prize-winning writer Harold Pinter.

The Big Bad Fox and Other Tales...