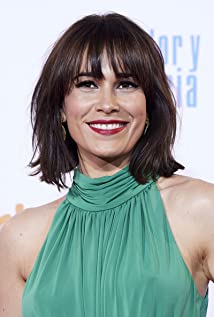 Celia Freijeiro García was born in Vigo, Galicia, Spain. Her father is the well known Spanish painter, Rafael Freijeiro.At 18, after living for a year in the US, she moved to Madrid, where she started and consolidated her professional career. Due to her versatile and chameleon-like personality, Celia's work is both compelling and tenacious.Celia strongly believes in the importance of theatre, which is why she began her acting career onstage. Her performance on El Color de Agosto 2006, written by Paloma Pedrero, brought her nominations for best actress to the most prestigious Spanish Theater awards; Valle Inclán award and Mayte award.In 2013, she landed the leading role on Los Cenci a play by Artaud at Teatro Español the most legendary Spanish theatre; under the direction of Sonia Sebastian. Once again her performance brought her a nomination as best actress for the Valle Inclán award Celia's last work on the production of Mucho Ruido y Pocas Nueces or Much Ado About Nothing 2014, by Shakespeare; received both popular and critical acclaim. As a consequence of that success, the play was nominated for an award at The International Almagro Classical Theatre Festival.In cinema, Celia's most important projects were in the films; De Chica en Chica, or Girl Gets Girl 2015, by Sonia Sebastian, where she is also a producer. And Todo es Silencio 2011, by José Luis Cuerda; where she played the lead along with Spanish actors Miguel Ángel Silvestre, Quim Gutierrez, and Juan Diego.However, Celia's breakthrough as a household name comes from her roles on TV shows. Celia had the leading role on Seis Hermanas 2016, on Television Española/National Television; and on Homicidios 2011, along with Spanish actor Eduardo Noriega. In addition, she was the leading actress on the first Spanish web series, Girl Seeks Girl or Chica Busca Chica 2007; which was released on DVD in the US by WolfeTV and is still available for sale on Netflix and Amazon. As part of her commitment to the arts, Celia has also taken risks of her own, as she launched her own production company, to bring to life projects she is passionate about. Her company, Pocapena Producciones, has produced six theatre plays, three short films and the previously mentioned feature film De Chica en Chica /Girl Gets Girl.