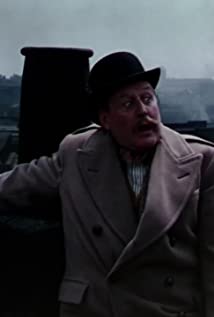 An air of almost smug disdain would hang over his characters like a grey cloud. Yet he could end up being a ray of sunshine with that cloud. Stage or screen, comedy or drama, playing butler or Lord Commander, Englishman Cecil Parker was born in 1897 and took an avid interest in performing following his discharge from World War I military service. Making his professional stage bow in 1922, he appeared in London's West End three years later and by the advent of sound could be found on film. Not surprisingly he fitted the support mold perfectly with his raspy, well-bred tones and stuffed-shirt personality, but by the late 40s he was actually toying with post-war character stardom with top-billed roles. Such films as Captain Boycott (1947), The Weaker Sex (1948) and The Amazing Mr. Beecham (1949), Tony Draws a Horse (1950) and I Believe in You (1952) demonstrated his talent and command. However, soon he started gaining in the stomach area and losing in the hair department, so he fell away again to the secondary ranks. His assisting men of power, position and influence are probably most recognized in the droll, classic films of Sir Alec Guiness, which include The Man in the White Suit (1951), The Detective (1954), The Ladykillers (1955). Parker could be humorously beleaguered or remotely pernicious and as the years wore on, found himself more and more in film comedy than anything else, often giving lift to such dry fare as Indiscreet (1958) and the farce-like slapstick of The Pure Hell of St. Trinian's (1960) and Carry On Jack (1964). Parker died in 1971.

A Man Could Get Killed

A Study in Terror

The Amorous Adventures of Moll Flanders