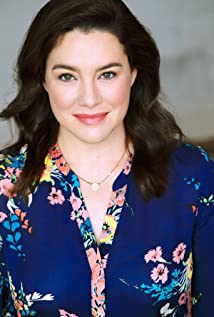 Catia Ojeda was born Catherine Anne Ojeda in College Station, Texas to her Mexican father and American mother, while they were graduate students at Texas A&M University. The family moved to Mexico, where her two younger brothers were born. At the age of four, her family moved back to Texas.She found her love of acting in high school, and studied theater at the University of North Texas for two years before transferring to and graduating from Marymount Manhattan College in New York City with a BFA in Acting. She spent a college semester in London, training at The British American Dramatic Academy.While in New York she starred in dozens of commercials as well as episodes of Law and Order, 30 Rock, Fringe, and Damages. She also performed in off-Broadway and regional theater, as well as starring in the national tour of The 101 Dalmatians Musical, directed by multiple Tony Award winner Jerry Zaks.After moving to Los Angeles, she continued to work in episodic television and theater, as well as commercials and independent film. In 2013 she was nominated for an Ovation Award as Best Supporting Actress in a play for her performance in Theatre Banshee's play, "Brendan."In 2015 she was cast as Terri Quinn, a series regular on "Just Add Magic," from Amazon Studios.