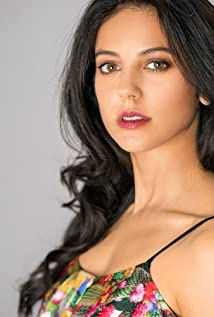 A versatile actor and singer-songwriter, Catherine is best known for portraying Isabel Sanchez in the Fox legal drama series Proven Innocent (2019) starring Kelsey Grammer and Rachelle LeFevre, from Empire co-creator Danny Strong and film writer David Elliot. Isabel is a recent Northwestern Law graduate who is smart, fresh-faced, driven, and eager, and is about to enter a world of intrigue and politics.In spring of 2020 she will also return to BYUtv's 3rd season of Dwight in Shining Armor (2019) as the wild and endearing mythical creature Winnie the Wyvern, a role for which she created and performed a song in her own original language.Catherine knew from a young age she wanted to pursue a career in television and film. An intuitive artist, it wasn't long before she was performing regularly in professional productions throughout New England. This love of the arts followed her to Middlebury College, where she complemented her academic studies by splitting her time between Orchestra, Quartets, Choirs and Dance; her International Studies year in Spain; and her passion for theater, which culminated in a rave-reviewed, scene-stealing senior thesis performance as suicidal alcoholic divorcée 'Lois' in David Lindsay-Abaire's "Wonder of the World". Her vulnerability and strength immediately garnered her several roles off-Broadway. The day after closing David Rabe's "A Question of Mercy" at the Atlantic, she hopped on a one-way flight to Los Angeles, with only a suitcase in tow.Within a year, Catherine landed roles on Lifetime's America's Most Wanted: America Fights Back (1988), Showtime's Weeds (2005), and Nickelodeon's Victorious (2010), sharing sets with the likes of Kevin Nealon and Ariana Grande. That same year Catherine also originated the title role in the world premiere of "Evangeline, the Queen of Make-Believe", giving her a once-in-a-lifetime opportunity to collaborate with Grammy award-winning rock legends "Los Lobos". The following year, she booked a recurring role on CBS' The Bold and the Beautiful (1987), and her festival award-winning indie project Guardian Angel (2014), an action film depicting the dissolution of a sex trafficking ring, received theatrical distribution.Next, Catherine will star in the titular role in Light Factory Productions' @AliceInPhotoLand, a new media series lifting the veil off the secret lives of social media stars. Her recent role as devout Christian BFF "Ashley" in the musical comedy series Super Single (2018) explores the tumultuous and humorous world of modern dating. The show has just celebrated its Youtube release and is currently in pre-production for Season 2.Musically, AXS published an exclusive of Catherine's debut single Catherine Lidstone: Benefactor (2019) for her self-titled project. The single brings a pop-infused, high energy sound with thought-provoking lyrics and southern rock influences. She is set to release more new music this year.

I Love Your Moves

A Haunting in Salem