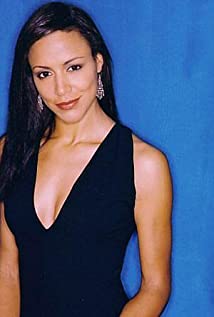 Catherine Burdon began her acting career in commercials while attending McMaster University (Hamilton, Ontario) for an Honors degree in Computer Science. With her eye on the big screen Catherine's acting career started to take shape in 1998 when she landed her first role in the feature film "Woo" starring Jada Pinkett Smith, Tommy Davidson and LL Cool J.Most recently, Catherine's feature film work put her with Academy Award winner Chris Cooper, Laura Linney and Ryan Phillipe in "Breach" (2007), Vin Diesel in "The Pacifier" (2005), Gene Hackman in "Welcome to Mooseport" (2004), Thomas Kretschmann (from the hit TV Series "24") in Resident Evil: Apocalypse (2004), Barry Pepper (from Saving Private Ryan) in "Knockaround Guys" (2001), and Dennis Quaid in "Frequency" (2000).During this period of feature film work, Catherine also hosted 2 seasons of TV One's flagship program "Divine Restoration". The show answers pleas from African American Churches, of varied denominations, to renovate a room in the building that serves the community.Coming in the summer of 2007, Catherine will be appearing in the first episode of "Da Kink In My Hair" to be broadcast by Global Television. "My great granny always said, 'If you want to know a black woman, you touch her hair.' She said that is where we carry everything - all our hopes, our dreams, our pain." - Novelette Campbell, "Da Kink In My Hair".Over the past 4 years Catherine has also appeared in TV movies, working with Richard Dreyfuss and Judy Davis in "Coast to Coast" (2004), Natalie Cole and Diahann Carroll in "Liv'in For Love: The Natalie Cole Story" (2000), and Laura Linney in "Wild Iris" (2001). Catherine has also had the pleasure of many TV guest appearances, including spots with Peter Paige and Scott Lowell in "Queer As Folk" (2004), Tae Diggs in "Kevin Hill" (2004) and Canadian Actors Joy Tanner and John Ralston in "Life With Derek" (Family Channel).This rising star of Dominican/British descent is coming to a theatre near you.