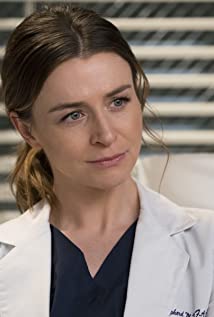 Caterina Scorsone has been a professional actress since the age of eight, when she was a regular on the daytime children's program Mr. Dressup (1967) for Canada's CBC. A veteran of series television, her other series credits include Shock Treatment (2004), Once a Thief (1996) and Power Play (1998), which garnered her a nomination for a Gemini Award, the Canadian equivalent of the Emmy. She starred with Vivica A. Fox in "Missing" (aka 1-800-Missing (2003)) (2003-6). She has also appeared in episodes of The Border (2008) and The Guard (2008). Scorsone's TV movies include My Horrible Year! (2001), directed by Eric Stoltz; Common Ground (1990); Rated X (2000), directed by Emilio Estevez; The Devil's Arithmetic (1999); and Rescuers: Stories of Courage: Two Families (1998). Her feature film credits include The Third Miracle (1999) with Ed Harris and Anne Heche; Borderline Normal (2001) and Strike! (2002). Born and raised in Toronto, Canada, Scorsone is the middle child in a family of five siblings that includes two older twin sisters and a younger brother and sister. She got her first taste of acting in the family living room, where her older sister would play director and all the other kids were in the cast. She completed the final credits in her studies toward an Arts and Science BA at the University of Toronto while filming Missing.

PSI Factor: Chronicles of the Paranormal