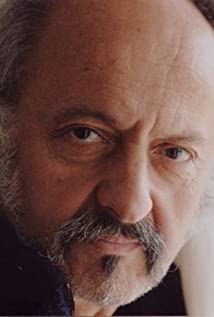 An actor with an international flair and a distinguished voice, Cástulo Guerra was born in Córdoba, Argentina, August 24, 1945, to Cástulo Guerra and María Sola, and was nicknamed Pericles by medical students at the pension where they lived. He grew up in pre-Andean Salta in northern Argentina. In 1961, while attending high school at the Colegio Nacional, he became dazzled with film while watching Taras Bulba (1962) with Yul Brynner and Tony Curtis being shot on the rolling hills of Salta. He proceeded to become a pre-med student at the Universidad Nacional de Tucumán, Argentina, but soon quit medical school to study Drama and English. With the Teatro Universitario de Tucumán he was cast in the role of The Player in the memorable production of 'Rosencrantz and Guildenstern Are Dead', which traveled to the renowned Teatro Cervantes in Buenos Aires in 1971. The same year he was awarded a Fulbright fellowship for graduate studies in International Theater at the University of Kansas. He again performed The Player in 'Rosencrantz and Guildenstern Are Dead', this time in English, with Mandy Patinkin starring as Rosencrantz. He moved to New York City in 1972, where he devoted himself to experimental theater. Funded by a Ford foundation grant he created and directed the Free Theater Lab, which performed works by Fernando Arrabal, T.S. Eliot and others at non-conventional venues such as Theater at Saint Clement's, the Cathedral of Saint John the Divine and Union Theological Seminary. In 1975, Guerra returned to Argentina with his solo piece, 'Holiday for a Unicorn', which he presented under political scrutiny during the military dictatorship. Upon his return to New York, he performed at the New York Shakespeare Festival in Central Park in 1979, next to Raul Julia' and Richard Dreyfuss in _Othello (1979)(V)_, and with Morgan Freeman and Denzel Washington in Coriolanus (1979). He was the drummer in the band Tragic Flaw along with Steve Anderson on lead guitar and vocals and Christy Risska on bass; they often played at their neighborhood bar, the historic CBGB's on the Bowery. His Equity membership came along with the play 'Watch On The Rhine' at Baltimore's Center Stage. He also performed in 'Much Ado About Nothing' in Baltimore, and in 'Galileo,' 'The Suicide,' 'Undiscovered Country,' and 'Animal Crackers' at Washington, D.C.'s Arena Stage. His first film Two of a Kind (1983) brought him to Los Angeles. In 1986, he performed in the ensemble production of 'Green Card' at the Mark Taper Forum, and in 1987, he was Prospero in 'The Tempest' at La Jolla Playhouse. Along with film and TV work he has kept in touch with the theater through his portrayal of The Bishop in LATC's annual multimedia production of 'La Virgen de Guadalupe' at the Cathedral of Nuestra Señora de Los Angeles. His polished voice has given him a parallel career in commercials, promos, trailers, animation and documentaries. His unique versatility has opened him to a many-faceted path as an actor. His children Clarity and Ian crown his many blessings.