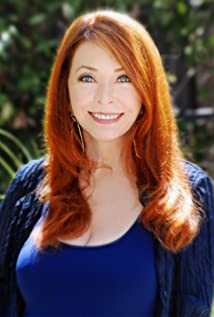 Cassandra Peterson was born in Manhattan, Kansas, and grew up in Colorado Springs, Colorado. She began her career at age 17 as the youngest showgirl in Las Vegas history in the show "Vive Les Girls" at the Dunes Hotel. After receiving advice from "The King" himself, Elvis Presley, she traveled to Europe where she pursued a career as a singer and actor. She worked in several Italian films, including Federico Fellini's Roma (1972) and performed throughout Europe as lead singer of an Italian rock band.Upon returning to the United States, she toured the country as star of her own musical-comedy show, "Mama's Boys". She eventually settled in Hollywood, where she spent four and a half years with L.A.'s foremost improvisational comedy group, The Groundlings. In 1981, she auditioned for the role of horror hostess on a local Los Angeles television station. Her show, Movie Macabre (1981), and her newly created character, Elvira, became an overnight sensation.Cassandra has used Elvira's celebrity status to bring attention to many worthy causes and organizations over the years, including her well-known work for animal welfare and raising money and awareness for the prevention of HIV/AIDS. In addition to co-writing and performing in both the local L.A. and nationally syndicated television versions of "Movie Macabre", she co-wrote, produced and starred in two feature films, Elvira: Mistress of the Dark (1988) and Elvira's Haunted Hills (2001). Her latest endeavors include producing, writing and starring in the reality series The Search for the Next Elvira (2007) on Fox Reality and the nationally syndicated series Elvira's Movie Macabre (2010).Cassandra Peterson has spent over three decades solidifying the Elvira brand and building it into an international cult icon that has become synonymous with Halloween and the horror genre.

Too Macabre: The Making of Elvira, Mistress of the Dark