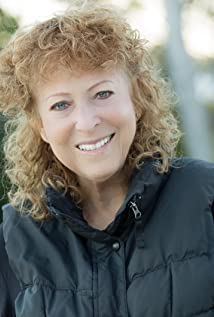 As a young girl, Cass Warner would accompany her father, twice Oscar-nominated writer/producer Milton Sperling, to the Warner Bros. studio lot each Saturday. So long as she avoided any door with a flashing red light, she was given free reign of the Warner lot and all its mesmerizing, circus-like magic. This was the birthplace of her interest in the art of film making.But celluloid had always been in her blood. Cass' grandfather was Harry M. Warner, the founder and president of Warner Bros., whose inspirational motto for the studio was "to educate, entertain and enlighten".In her youth, she studied acting with the acclaimed Milton Katselas, as well as screen-writing under the mentor-ship of her father and Howard Koch of Casablanca fame. Now, years later, Cass Warner proudly carries the torch of Harry Warner's motto through her production company: Warner Sisters Productions [us].She is honored to administer the rights to all of Howard Koch's un-produced works: screenplays, plays, short stories and novels, which she is developing into a library, as well as individual projects for screen and stage.In 1993, Cass authored the definitive story of the Warner family entitled, "Hollywood Be Thy Name: The Warner Brothers Story" now available at Amazon.com and newly titled, "The Brothers Warner".Cass has completed a feature documentary, The Brothers Warner (2008) which she directed, wrote and produced. The film, which is an intimate portrait of the family and their cultural legacy. The 60-minute version ran on Public Broadcasting Service (PBS) American Masters for several years. Warner Home Video is distributing the DVD.Cass was a Consulting Producer and Warner Sisters credited on Warner Bros. studios' five-part series on the history of the studio and of their films called You Must Remember This: The Warner Bros. Story (2008) (V) narrated by Clint Eastwood, and Warner Sisters is credited as well.Other projects include "Conversations With Cass", a series of one-on-one conversations with some of today's most recognized actors and other notable personalities, Matthew McConaughey and Giovanni Ribisi. (Excerpts from the series have been previewed on The Starz cable channel). Written, directed, and hosted by Cass these "Conversations" will form a large part in an inspirational film library in her non-profit she's creating called "The Dream Factory".The documentary has been shown at over 30 film festivals and won many awards. In November 2008, Cass Warner received the most prestigious acknowledgment for a film at The Savannah Film Festival, the "HBO Films Producer Award" for her film The Brothers Warner.Cass is a supporter of the International Youth for Human Rights, which encourages youth from ages 12-21 to use the UN Declaration of Human Rights as the basis for the education of children and adults concerning their rights. She is also a member of The Artists for Human Rights, the Citizens Commission on Human Rights, the International Documentary Association, and Women in Film.Cass is producing an A-list feature film on her family with Alain Goldmain ("La Vie En Rose"). Nicholas Pileggi ("Casino" and "Goodfellas") is writing the screenplay. Her book was optioned as well.On a personal note, Cass is the proud mother of four: Tao Gaines, Vanessa Mooney, Jesse Warner Pool and Cole, also known as actor Cole Hauser.