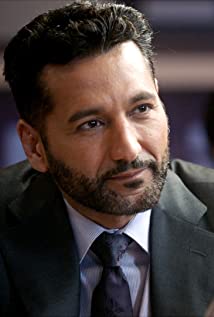 Cas Anvar is an award-winning actor. Born in Regina, Saskatchewan and raised in Montreal, Quebec, Anvar's professional career began upon graduating from Canada's prestigious National Theatre School. He is a true chameleon that has shone in dynamically diverse roles: from Oscar-winning best pictures to biopics to award-winning video game warriors. SyFy network took note of Anvar's talents casting him in two recurring roles on two exciting series: "Olympus", an action-packed mythological drama, and "The Expanse", a futuristic thriller, in the vein of "Battlestar Galactica". On November 2020 has been confirmed, following a third party investigation of sexual harassment and assault allegations, that Cas Anvar will not be in The Expanse's final season.Anvar's big break came with his role in the Cruise/Wagner film 'Shattered Glass', alongside an A-list cast including Hayden Christiansen, Peter Sarsgaard and Chloe Sevigny. The film went on to be nominated for four Spirit Awards and a Golden Globe. Anvar is no stranger to working with Hollywood elite, showing his versatility on the big screen with roles opposite Ben Affleck in the Oscar-winning Best Picture 'Argo', Naomi Watts in the Princess Diana biopic 'Diana' (starring as Dodi Fayed), with Jake Gyllenhaal in the sci-fi adventure 'Source Code', and John Cusak in the suspense thriller 'The Factory'. His film credits also include Steven Spielberg's 'The Terminal' (with Tom Hanks and Catherine Zeta Jones), the feature comedy 'Miss India America' (with "New Girl"'s Hannah Simone), and the upcoming horror thriller 'The Vatican Tapes' (starring Dougray Scott and Michael Pena).The actor has been nominated for two ACTRA awards and two Gemini awards, and won the SAG award for Best Ensemble Cast for his role in 'Argo'. Along with his film and television acting, Anvar's other passion is voice work. He is well known for his roles in some of the world's most popular video games: Call of Duty: BO2, Halo 4, and as Altair in Assassins Creed: Revelations.On the small screen, Anvar has appeared on CBS's "NCIS:LA", USA network's "In Plain Sight", ABC's "Boston Legal", ABC's "Castle", CBS's "Intelligence", and the hit series "24" (with Keifer Sutherland).When he's not working, Anvar enjoys playing paintball with his team, The Suave Bastards, and buzzing around in their custom made tank called The Mighty Bastard.