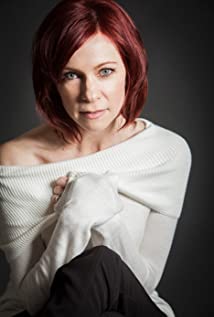 Born and raised in Macon, Georgia, where her mother was an artist and art therapist while her dad was a geo-technical engineer, a young Carrie Preston discovered her true calling in life lay in performing arts. At the age of 12, she became the impresario of her own front-yard theater company as producer, writer, casting director, costumer, director - and of course, actress.Preston later obtained a BFA from the University of Evansville followed with an acting diploma from the prestigious Juilliard School. It was Preston's breakout Outer Critics Award nominated turn as "Miranda" in George C. Woolf's Broadway production of Shakespeare's THE TEMPEST with Patrick Stewart that led her to her auspicious big screen debut as one of the two sexy, Southern bridesmaid sisters in the Julia Robert's blockbuster MY BEST FRIEND'S WEDDING. A crucial role as "Ophelia" in HAMLET 16 years ago at the Alabama Shakespeare Festival is where Carrie met her husband, Emmy Award winning Michael Emerson, who was playing Guildenstern in the production.Through her insatiable passion for the arts and natural gift as both a comedic and dramatic actress, Emmy winner Carrie Preston has landed standout roles from the stage to the big screen. Quoted as a "scene stealer" by the New York Post, she enjoyed many seasons working on her Critics' Choice nominated and Emmy winning portrayal of Elsbeth Tascioni on the award-winning series THE GOOD WIFE, her recurring role in PERSON OF INTEREST, as well as her starring role as Arlene Fowler, the red-headed sassy waitress in the Golden Globe and Emmy nominated HBO series TRUE BLOOD.Carrie is now seen as the magnificent "Polly," in the new TNT hit series, CLAWS, executive-produced by Rashida Jones. The freshman drama premiered to rave reviews and has already been renewed for a second season. Carrie was last seen on television starring as the female lead in the NBC comedy, CROWDED, opposite Patrick Warburton. In early 2017, Carrie was also in the ABC 8-hour LGBT rights-driven miniseries, WHEN WE RISE by Dustin Lance Black.In film, Carrie most recently starred in the film TO THE BONE alongside Keanu Reeves and Lily Collins. The dark comedy debuted at the 2017 Sundance Film Festival and is now distributed via NETFLIX. On the indie film front, Carrie can be seen in the upcoming project AND THEN I GO based on the novel "Project X" by Jim Shepard.Carrie is also a director and producer with her production company, Daisy 3 Pictures. Her directorial debut was the feature film 29th AND GAY, written by and starring James Vasquez, which is available on DVD. She also directed the short film FEET OF CLAY by David Caudle, which made the festival rounds.Carrie and Michael travel back and forth between Los Angeles and New York with their adopted dog Chumley. In her free time, Carrie supports LGBT rights via GLAAD, as well as is a supporter for Parkinson's Research.

And Then I Go